Follow in the footsteps of the Kirsch-Puricelli Barons and immerse yourself in castle life – from early modern history to the present. Music room, private chambers, a gallery of ancestral portraits, library – soak up the atmosphere in each fully furnished room. Furniture from the era of Ludwig XV, wine glasses from Roman times, Baroque statues bear witness to a comfortable life at the castle in days gone by and give an impression of the way of life in those times. Enjoy the spectacular views of the Rhine when walking between the battlements of the castle. The Reichenstein museum collection is an important part of German history and Rhineland culture. Before Reichenstein Castle was aquired by the Kirsch-Puricelli family, it was in the hands of knights, bailiffs, electors and the church for centuries. The notorious robber barons resided at Reichenstein too, as well as Dietrich von Hohenfels who is renowned from the saga of the “Man without a head”. He is said to have been taken prisoner in the castle and beheaded near Saint Clement’s Chapel. In 1253, the castle was destroyed during a battle and later rebuilt. During the reconstruction, the sturdy curtain wall was built which remains intact until today. The Kirsch-Puricelli family The Kirsch-Puricelli family initiated the most extensive reconstruction and restorations. They took over Reichenstein Castle in 1899 and had it rebuilt as a neo-Gothic English style castle residence. The family of industrialists resided here until the year 1936. Thanks to their passion for collecting, several extraordinary historical exhibits and even complete collections have remained intact until today. The castle returned into the hands of a descendant of the Kirsch-Puricelli family in 2014. The family became one of the most successful families in Germany in the 19th century. This was due to their ownership of the Rheinböller Hütte, one of the largest and oldest ironworks of the Hünsrück. The ironworks had been owned by the Kirsch-Puricelli since the 18th century. For this reason, we present you with one of the largest cast iron oven and “Taken platte” (a special kind of stove plate) collections – in part from the 16th century. An extensive collection of old weapons, hunting and armour piercing weapons as well as knights’ and knaves’ armour dating from the era of Napoleon I originate from the beginnings of the castle. From the late Middle Ages until the modern age, hunting was a favourite pastime of the nobility and affluent citizens. This explains the collection of antlers at Reichenstein Castle, which is one of the largest in Germany. Contact: Burg Reichenstein Burgweg 24, 55413 Trechtingshausen Email. info@burg-reichenstein.com Tel: +49 (0) 6721. 61 17, Fax: +49(0) 6721. 96 17 96 Opening hours: Tuesdays to Sundays from 10a.m.to 6p.m. Plakat Museum.pdf Ein Schiff zwei Burgen S. 1 Ein Schiff zwei Burgen S. 2 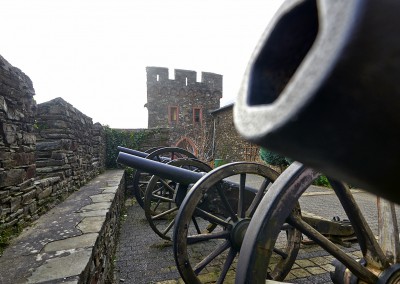 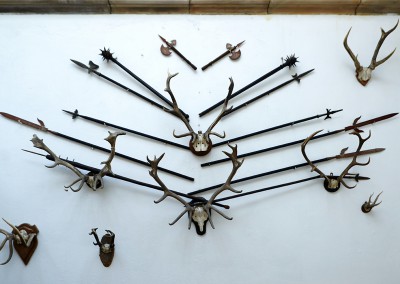 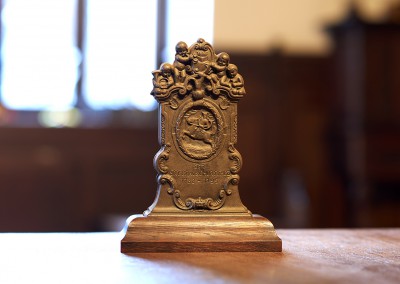 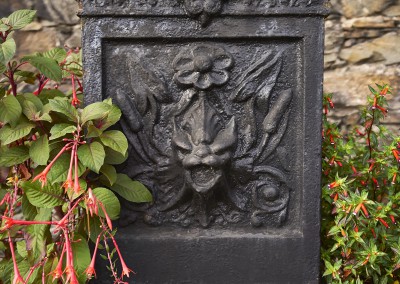 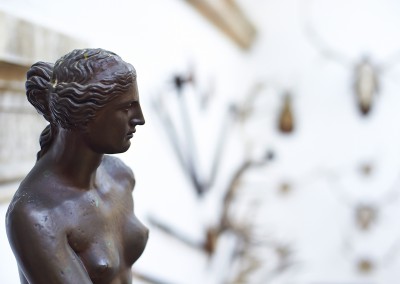 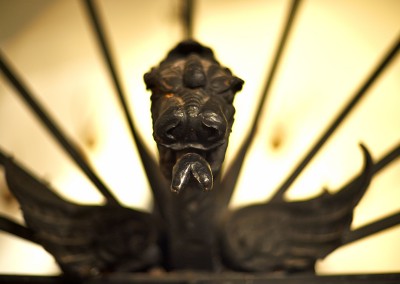 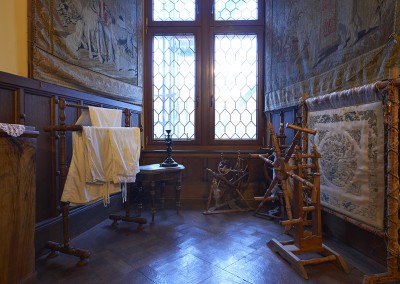 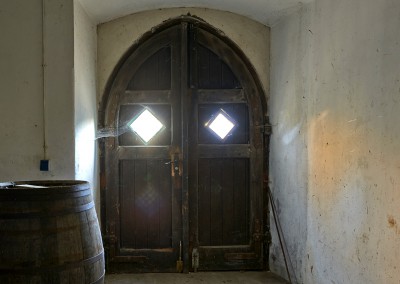 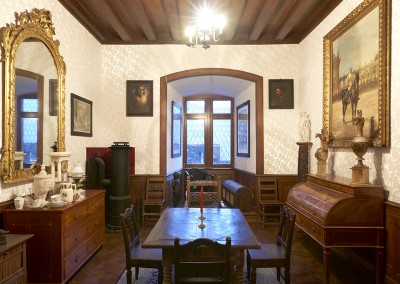 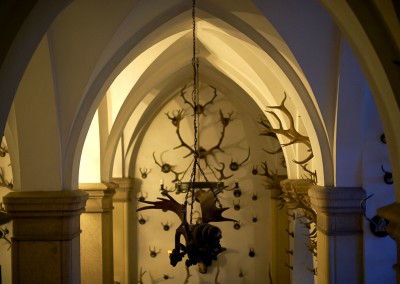 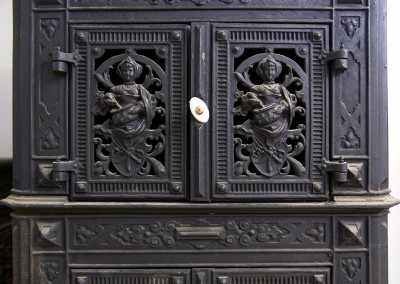 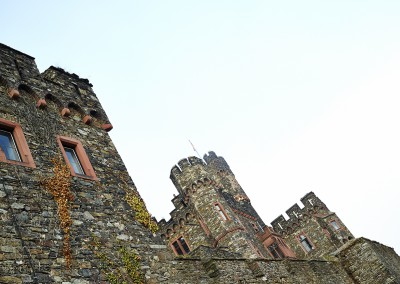 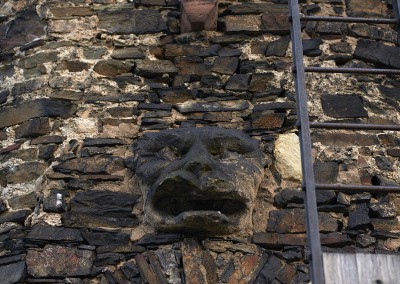 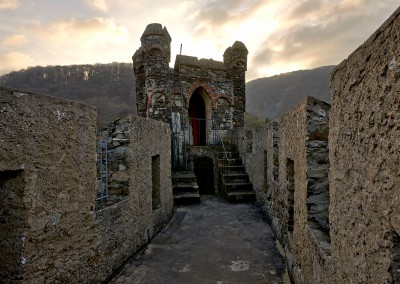 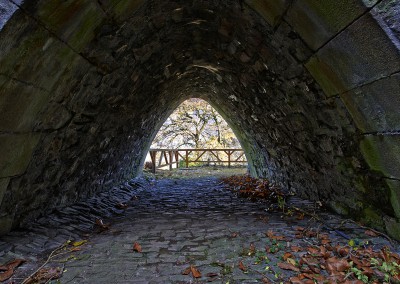 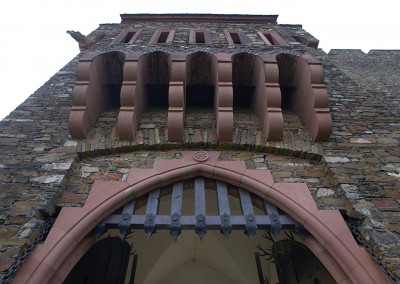 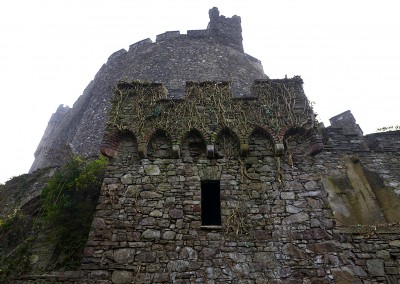 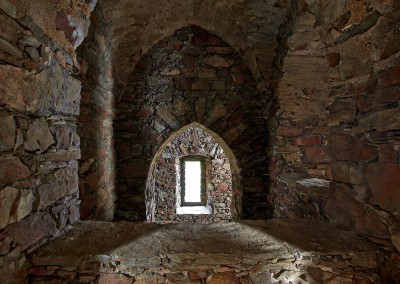 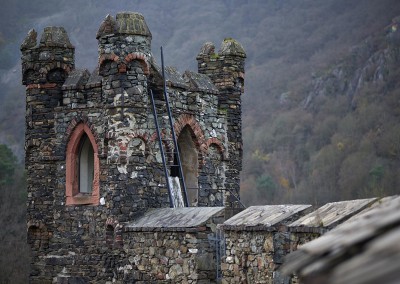 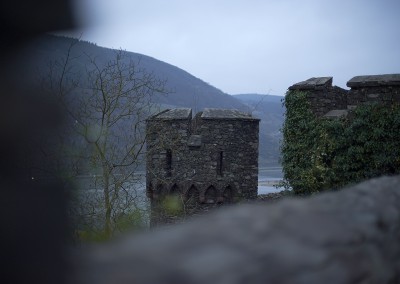